A short note today to record that (on Thursday 17th November 2022) we upgraded the popular Live Supply & Demand widget in a number of ways – including:

Enhancement #1)  We added in four (two for each grid) percentages to show instantaneous penetration:

Enhancement #2)  We added in (and included a direct link to) an explanation of this particular data here on WattClarity; and

Enhancement #3)  For NEM regions we’ve replaced the APVi estimates for rooftop PV with estimates from the AEMO:

... there were a number of reasons for doing this, but a compelling reason is that we’ve found the APVI data feed to be increasingly unreliable in recent times (and many widget users have let us know about that via the feedback function).  Adding in the percentages added even more reason to change to the AEMO estimates.

Here’s  a view of how it looks alongside of an article from yesterday on RenewEconomy specifically speaking about a high point record for instantaneous renewable generation in the SWIS grid in Western Australia: 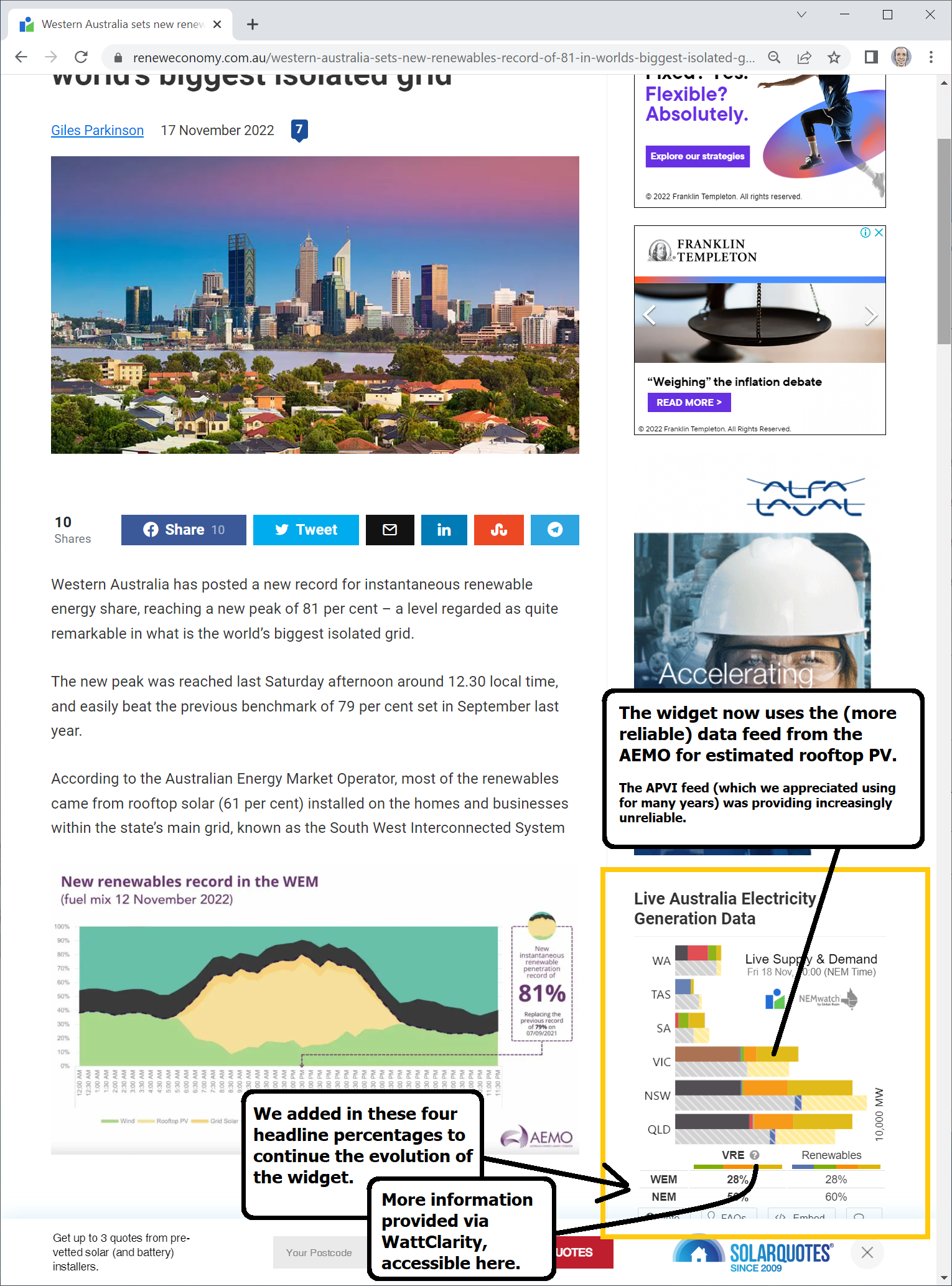 We trust you will find this useful.